The practice of design has fragmented and spread in so many different directions that it can be hard to keep up. But fundamental to the identity of “a designer” is critical thinking and enthusiastic creating. Whatever one’s medium of expression — be it interface, typography, physical object, or service — this is a common trait of the successful designer.

The problem with staying in one place 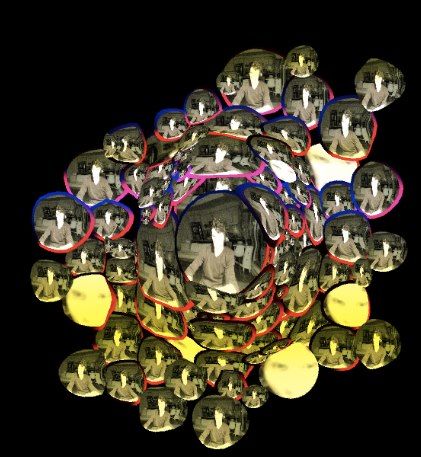 Great designers are inspiration-vores: constantly seeking new inputs, experiences, knowledge, and insight. I believe that a big part of the democratization and popularization of design as a field of practice (like many others), is our access to the internet and the world of knowledge it presents us. And then we are also shaped by our friends, our family, where we work, and what we make.

Sadly, that comfort and repetition can also serve to undermine us. At what point does iteration — the steady and sometimes painful process towards a better outcome — simply become repetition? At what point do we begin to see diminishing returns? Cities can serve as incredible sources of inspiration and growth for a curious designer, but that same designer might find herself locked into the same social circle, influenced by the same people, speaking the same language. Suddenly, the complexity of the city becomes safer, slower, simpler.

I spent most of my early adult life in Toronto, Canada. I grew up outside of Toronto, went to school in Toronto, was a design intern in Toronto, and started my first business in Toronto. I knew my people, I knew the city, and I was able to shape my own practice and my own little niche there. I had no thoughts of leaving.

But I was also starting to get restless. Not that there weren’t interesting people, cool challenges, and great work worth doing. Quite the opposite — it was everywhere, and friends still in Toronto have continuously proven that fact. But in my own practice, and in the ferment that was my own identity as a designer, something quite fundamental was missing. I didn’t really have the language to identify what at that time. Then I got lucky.

I didn’t know what I was looking for, but I knew I was looking for something. And it came and found me. I got a call from IDEO in Palo Alto asking if I’d be interested in interviewing for a role there. A few months later, my whole life changed.

Having the opportunity to work at IDEO changed everything for me. Foremost, it gave me a glimpse of how much I had to learn. It taught me about the journeys of other designers in my community, and how that came to shape their practice. One colleague found his early calling as a Buddhist monk, another her path from computer science to design, another shared his upbringing in rural Scandinavia, and still another the drive to get a masters in economics — simply because he needed to understand more.

What I saw in that community was a constant, unending, and deeply individual war against stagnation. It’s part of why people cycle through IDEO as well: two to three years is plenty of time to have a complete existential crisis.

And so I got lucky: I didn’t realize I was stagnating (or maybe plateaued) before, but through my community at IDEO, I was given an education in how to recognize it.

Last year, I started the Diverge Weekly newsletter with the idea that I wanted to build something for what I was calling “The Global Designer.” I got blindsided by work, school, and a toddler a few months in and delayed the project, but part of what I’m trying to do with this reboot is revitalize that, with less of a geo-politics focus.

A global designer is:

Professionally Empathetic by listening, absorbing, and synthesizing in a structured and repeatable manner,

Systemic By Default when observing the patterns inherent in human needs across cultures (organizational and social) and turning them into designed artefacts,

Strategically Detailed in identifying the levers of influence within societies and cultures to ensure those artefacts are the right ones,

and finally, Functionally Fluid in their work, being able to move into what role fits the skill, the mission, and the need in order to get the job done.

In other words, a global designer is a systems-oriented chameleon with a deep bias towards valuing people. That global designer might have the title of product manager, user researcher, communications director, consultant, strategic advisor, or — in one awesome case — Lt. Colonel.

The global designer does not design for others. Rather, the global designer designs with and is patinaed by the local and regional cultures of wherever they find themselves. They observe this influence and transformation and curate the outcome of their work — and of their own evolution — with the faith that something (hopefully good) will come out the other side.

Diverge Weekly is a newsletter that aspires to be the push (or perhaps the luck) for aspiring global designers. It’s an attempt to share my own writing and influences, as I use the above framing on designing my own career. In the past few years, I’ve been a user researcher, an indie developer to Knowsi, a product manager with IKEA, and a consulting interaction designer more broadly. Though I’ve not always succeeded in the above definition, it’s the heuristic that I’m judging opportunities and my own growth by — and it is keeping things fun.

Anyway, I’ll be writing more about this, but as a general theme for Diverge Weekly, I think this is a good way to consider and filter this work.