We all operate on cycles. Circadian, seasonal, fiscal, and academic — oscillating across frequencies that frame our day-to-day. I was made a lot more self-aware of these cycles when I became mostly remote and mostly independent professionally around 2017 — and had to quickly learn how to either ride out or fight against those rhythms. The thing that I’ve fought most arduously for is the Sponge Cycle.

Sponge cycles are dedicated periods to absorb and become suffused. It is the opportunity to collect and mix the fuel for the near term ideas and inspirations — the simple bits of knowledge and skill that congregate and combine into something greater. Most work in technology, design, and operations involves maintaining and building things based on previous knowledge, training, and experience — without frequently affording time to build new types of knowledge in that milieu.

In the best case, you find yourself in a career that requires constant new knowledge to stay competitive — and in these scenarios, directed sponge cycles end up being built into the job. Front end development (managed well) is one such job: with frameworks and technologies changing almost constantly, keeping abreast of those changes has to be integrated into your day-to-day practice. Woe be unto him who opens up code even a year in age, only to find one’s “mature” choices entirely deprecated (I’m not bitter).

In the worst case, the value of new knowledge is not understood, and so the weight of that self-maintenance falls on your own shoulders. Your job might be heavily operations focused, or consist of constant implementation or skilled rote tasks. Unfortunately, I’ve seen a lot of designers fall into this trap — not designing so much as implementing patterns again and again and again.

Disconnected from a source to feed it, the “sponge” — a metaphor in this case for knowledge, information, inspiration, and connections — slowly starts to wither, as its store is depleted by the other cycles of planning, implementing, communicating, etc. Instead of something virtuous propelling us into new opportunities and new inspiration, it’s a bit too easy for that upward spiral to just become an otherwise static loop.

Sponge cycles are a bit useless by themselves — in fact, and this might be stretching the metaphor a bit, a sponge left to molder is one of the sadder day-to-day objects we might encounter. There’s an argument that lacking mechanisms to expel and filter out the nonsense, this type of information gathering exacerbates the online conspiracy theory-driven extremism we’ve seen in the United States. 100% sponge cycles are unchecked and mostly useless idea people, whereas 0% sponge cycles individuals are inflexible and conservative to an extreme — impeding a team of its capacity to grow towards meaningful solutions. We need sponge cycles but in moderation.

For sponge cycles to be effective, they have to appear at regular intervals, be consistent in their scope and length, and build on themselves. Sponge cycles have to happen at regular intervals to be effective. Different people have different tolerances, but my big “sponge cycles” seem to happen every twelve to eighteen months. These are periods when “burn out” sets in, and I start itching for novelty. It took me a while to understand this in myself, and even longer to build systems around it.

For most of my career, I wasn’t self-aware of this cadence. But what I’ve come to realize is that certain activities serve as the regenerative sponge cycle, and that helped me identify that timing.

Usually, these events have not so much been intentionally timed, as coming just a little bit too late. It might be getting anxious and annoyed, but not have necessarily understood that a sponge cycle was the pressure release.

Of my friends who do this best, Zahra Ebrahim of Monumental Projects is unquestionably the master. In the decade that I’ve known her, she’s taken regular creative sabbaticals between her busy seasons, where she actively explores creative endeavours, while also disappearing into the backcountry for weeks at a time. She comes out of each cycle with a new eye on things, a new take on problems, and an absurd amount of energy to throw into her work. As in most things, following Zahra’s lead is a good call. 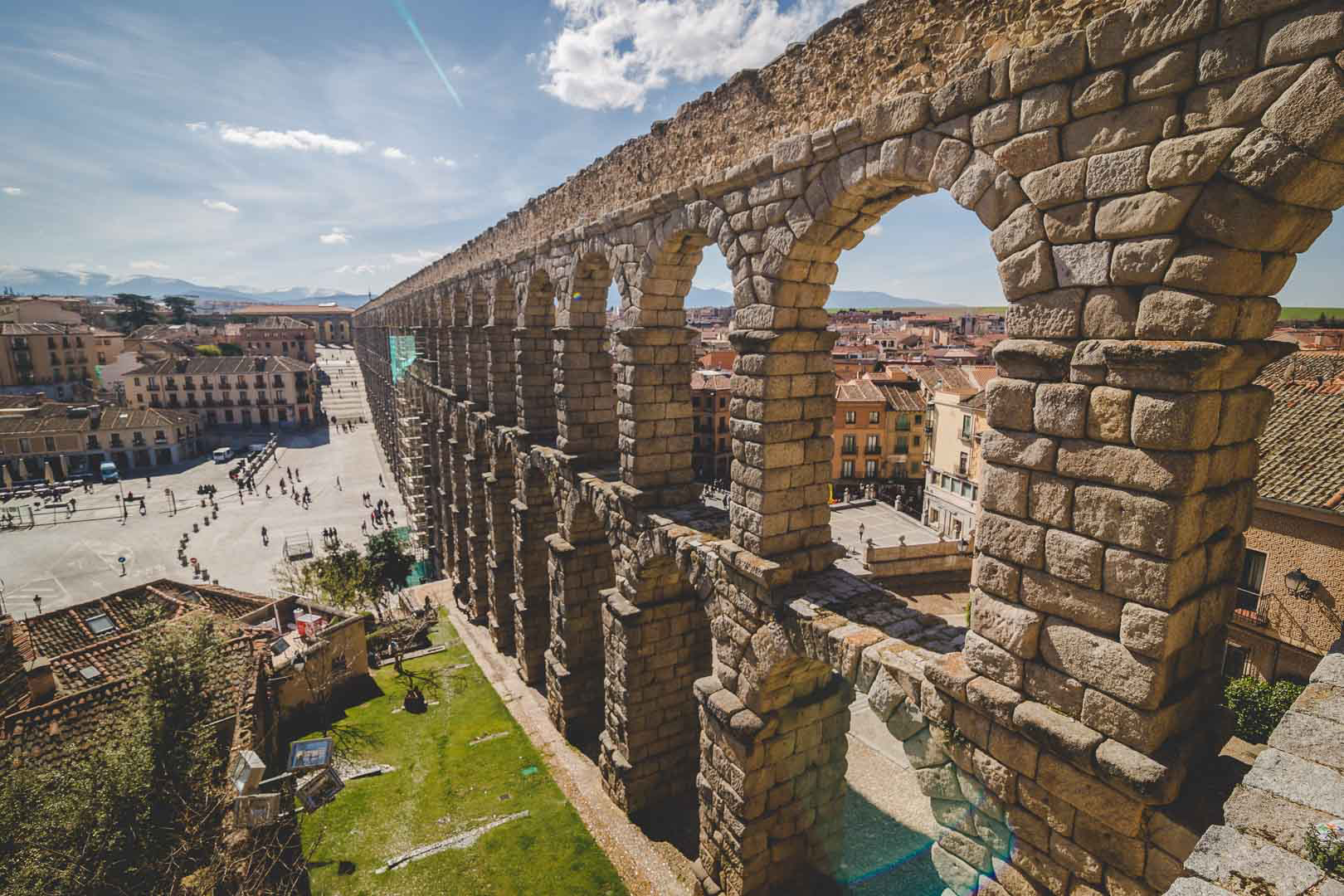 Having a process in one’s creative and exploratory endeavours is fundamental to actually following through. The best example I’ve seen of controlled sponge cycles is project-based, relatively open-ended design research. You have a budget, a timeline, and a question. You might have some leads, some populations or markets to explore, and based on all of that, an idea of what the outcome might look like. But really nothing else. I love this work, even though it’s often a) the hardest and b) the most anxiety-inducing kind of research project.

The anxiety is there because the space in-between the question and the outcome is mostly unknown. But, thankfully, you’ll usually have a process with which to navigate from A to B. This might include such dull tasks as breaking down the problem into sub-queries that are easier to plan around, interviewing others who know more about the domain in a structured way, setting deadlines and dates by which you need to accomplish certain tasks, etc. I’ll be writing more about that kind of planning in the weeks to come.

Part of what makes this whole process so difficult is that you’re trying to wrangle novelty and inspiration as an individual experiencing your own rhythms — rhythms that might be outside of what others experience. Creativity is relatively easy in groups: most people fall into it naturally, and there are plenty of tricks to draw out the brooding and the wallflowers. But wrangling these things as an individual is no easy task, and the people who make it look easy tend to be incredibly disciplined about it. My friend Simon is a great example of this: he’s a Pharma marketing director who spent the past year building a social media following around his artwork — most of which depicts quarantine life with his boyfriend Patric. He’s been remarkably disciplined in his practice, but also introspective and structured about developing it. Every time we talk, he’s thinking about process, artifacts, and equipment that make the act of creating just that little bit more fluid and unavoidable.

A sponge cycle needs to follow that kind of managed regularity for it to see consistent outcomes. I found the Harvard Business Review has some interesting writing on the productivity outcomes around vacations to be inspiring from this angle. Activities like planning the details of a trip ahead of time to reduce unknowns, hiring or delegating planning responsibilities for local arrangements, and going far away, all seem to make for better vacations than the alternatives. I’d argue that the same holds true for sponge cycles. Have a game plan ahead of time so you don’t get bogged down, find ways of offloading certain tasks onto others to keep yourself in that absorbing mindset (though this is not an excuse to offload emotional labour on your partner — I’m saying hire someone if you can, pay for a service, etc. get creative — not abusive — about this part), and consider going broad in your search for knowledge around the itch this sponge cycle looks to scratch. 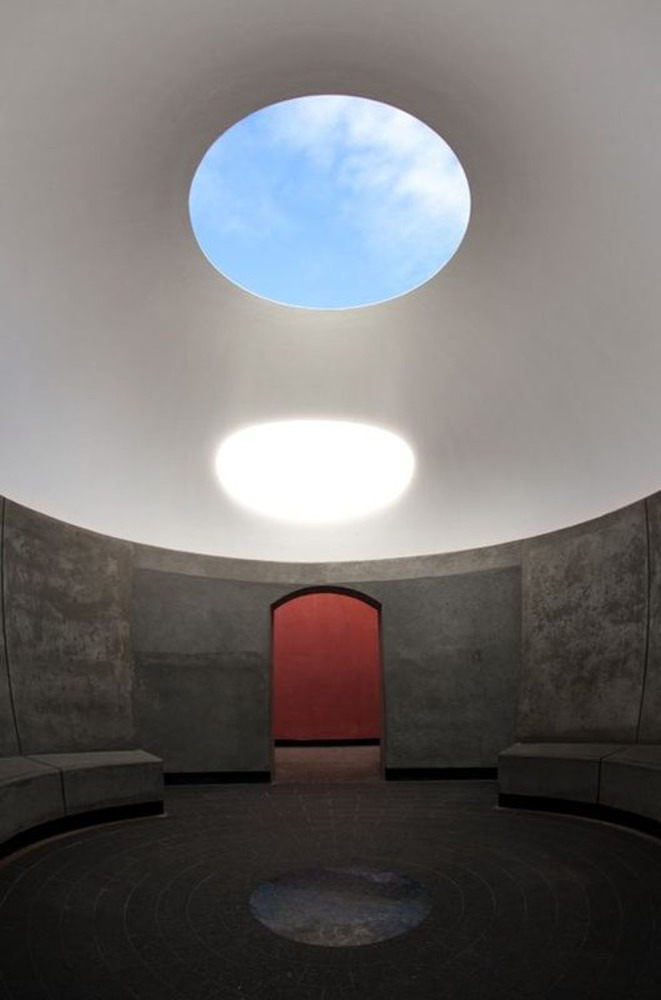 Everyone gets stuck. Unfortunately, we often misdiagnose this entrapment as something localized — a person, a place, a particular problem. More often, the stagnation is something a bit more systemic. There are countless systemic factors that undermine ones progress (too many of which are exogenous and unjust), but some small fraction of those internal ones are a sponge cycle repeated and wasted.

Every sponge cycle is an opportunity to set up the next one, to take you even further. It’s an opportunity to reflect on the experience of exploring, discovering, trying, failing, learning, and growing — and do it a bit more gracefully the next time around. Maybe it’s how you took what you learned in the last cycle and implemented it afterwards, building the idea that emerged from that confluence of experiences you had in the last sponge cycle. Maybe it’s how you communicated that inspiration to your colleagues: when did they understand your excitement, and when did it fall flat? It might even be the decision to stay or go; and whether you have the resources to choose where to direct the energy coming out of your latest sponge cycle.

But often that doesn’t happen. My most recent experience was a sponge cycle mismanaged. I’d spent quite a bit of time gathering resources to dedicate to maintaining and upgrading the Knowsi platform, but instead found myself spinning my wheels for the first two months of that period, because I’d found myself in a sponge cycle, instead of a maintenance and implementation mindset. I focused the learning on the wrong place and became quite frustrated because of it. The pathway out was actually spinning up a different project that became the site for experimentation and learning, which I have since been feeding back into Knowsi in a more controlled manner.

How did I find myself in that spot? Anxiety. As I wrote a few weeks ago, I took on too much last year in “maintenance” tasks. While I find building a plane while flying it pretty exhilarating, manually keeping a wing attached to the plane for a transatlantic flight is less appealing. So when my natural sponge cycle came around, I didn’t give myself space for it to do what I probably needed most at that time. It worked out (and I think I learned from it), but it frankly wasn’t fun. 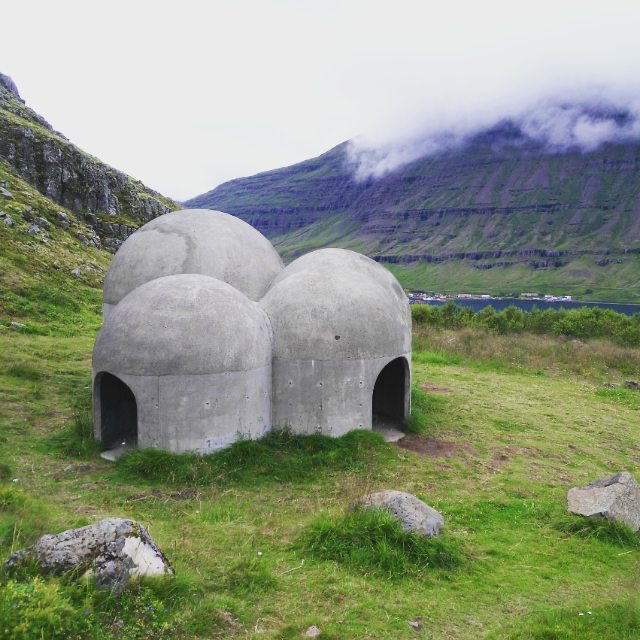 Every sound has what’s called an envelope, a type of modulation to the component parts of that sound that make for the richness interpreted as notes, textures, effects, etc. A piano note has a quick attack, short decay, a long sustain, and a relatively long release following the key being lifted (and then there are its harmonics…). Each note has its envelope and structure, providing consistency and variation over time, but it’s inevitably the combination of those notes that moves and inspires us.

The thing is that the sponge cycle isn’t the song, but part of the envelope of each note. An attack that’s too quick sounds staccato and off-putting. A release that’s too long muddies chords and undermines the whole edifice. To create something beautiful (or even coherent), we have to discover how to fit our sponge cycles into our lives so that they’re a piece of a bigger story. And that comes from muddling around a bit, and really paying attention to what happens when you do. We’re not always fortunate enough to be able to realize our sponge cycles to their fullest, but we can nurture them for when we might.