Well, that was a year. My family and I were more fortunate than most, but not as fortunate as some when it came to navigating the weirdness that was 2020. It felt a bit like we rounded a bend in an already turbulent river — only to encounter a flock of black swans and Nassim Taleb chortling on the banks.

I have a weird relationship to risk, and this year forced me to confront that relationship in a way, that I hope benefits me in 2021. But I’m not sure. Regardless, like last year, I want to look at the four big things in my life. Last year, it was all about change: having a child, starting a product, starting a master’s degree, and surviving it all. This year was more about maintenance and sometimes growth. At times that growth meant holding on long enough to see the sun again — a skill I’ve honed in Copenhagen with its short nights giving way to too short days. In some cases, I’m still holding on. 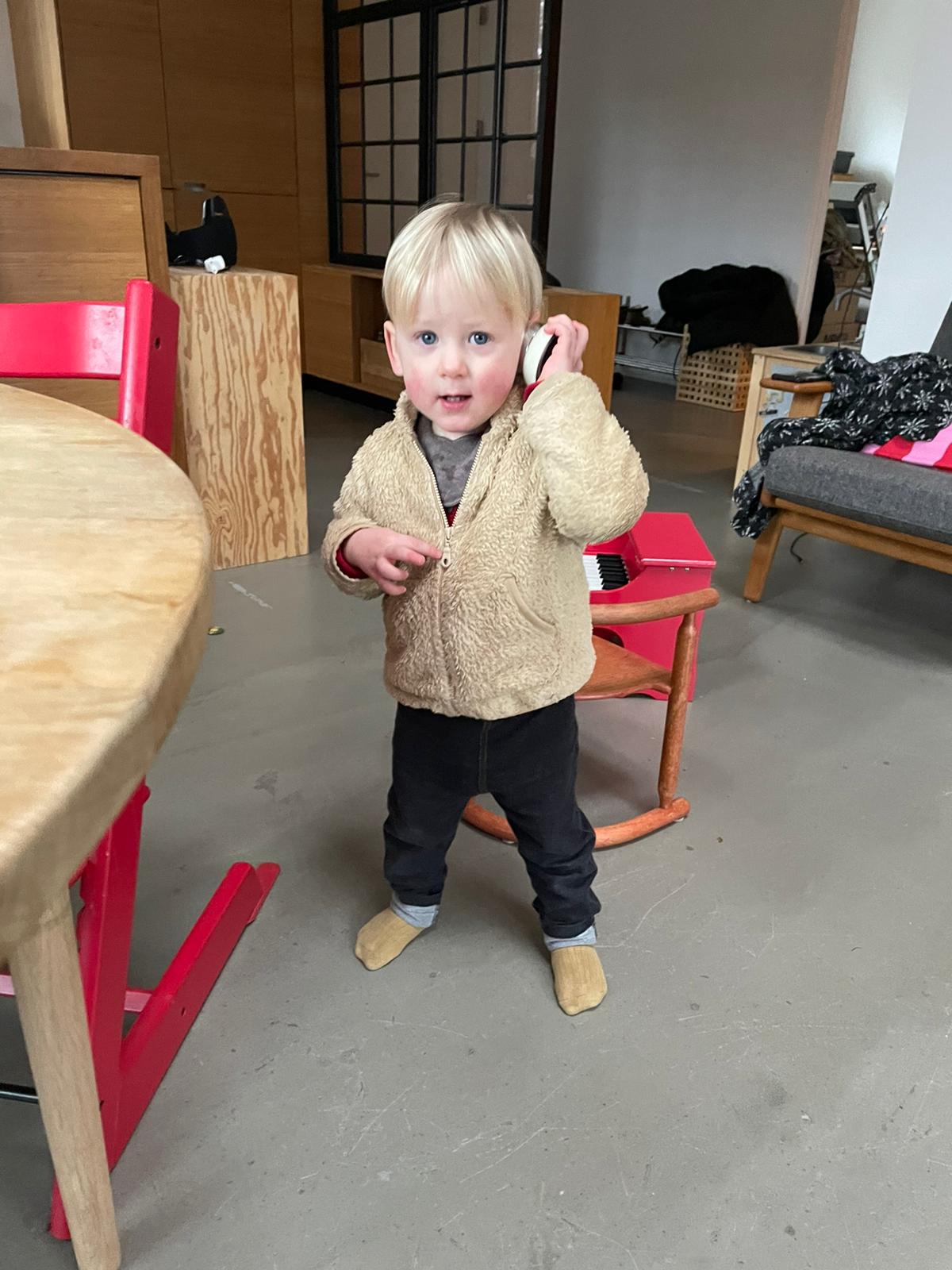 Writing this, my son Emil is almost 21 months old. He talks in a pidgin of English and Danish, is fascinated with motor vehicles of all kinds (“Daddy TRUCK wee woo wee woo” as fire truck passes by), and loves the family greyhound, Moon.

Keeping up with Emil’s growth this year has been a joy and a challenge, amplified by the restrictions that the coronavirus put on travel this year. It’s now been some time since he’s seen his grandparents in person, and while the near-daily video calls this year have done wonders for maintaining and building their relationship — it’s been hard. Going into this, I don’t think I had understood what happens when you don’t have the infrastructure of family near at hand. My father put it best to me, saying “We looked down on those suckers moving to the suburbs until you and your brothers started sprinting.” This whole year has been a slow reveal of perhaps a reverse Rumsfeldian “known-knowns” chart. A kind of “known known unknowing” as the territory I thought I understood became undone.

What I do know is that the Danish government’s prioritization of keeping daycares open, and the thoughtfulness, with which his school worked to nurture and protect their wards this year, made for a 2020 that wasn’t so bad for my little family. My wife was able to start a new job, becoming a Design Director at a major Nordic bank. I was able to extend a consulting contract by a few months, lending an invaluable runway for my own business. We were able to structure a routine and experiment with it during a global catastrophe, specifically because there was the societal infrastructure in place to support families like ours.

Last year I wrote a bit about the idea that parenthood is a craft — but most crafts rely on a supply chain in their propagation. Whether it’s the luthier supporting a guitarist or the sewing machine manufacturer supporting a garment maker. Ultimately, getting a bit to James Scott’s thinking in Seeing Like a State, I feel like I’ve been learning how to see the craft of parenthood as something that extends well beyond my small crew — 14 legs total counting the cat and dog — and into a broader network both local and global.

Work was a weird one this year. In theory, I had a really good year — but it didn’t go as I had planned. I started the year with the intention of wrapping up some consulting work I was doing with IKEA’s co-creation team: a brilliant crew building innovation tools and practices to spread to the 160k-plus employees of the Ingka group. I had initially been brought on to get some things unstuck and ended up leading a small team to launch and grow an internal innovation platform.

In May, I was awarded a grant by Sage Publishing to translate Knowsi into a consent management tool for social science research boards. Knowsi itself was in a weird place — languishing a bit, while I was working full-time on my consulting practice. I had customers and interest, but I was spinning my wheels a bit, not understanding how to sell the tool. The funding from Sage helped boost Knowsi out of that hole, and in the new year we’ll be launching some features to support academic researchers better, and hopefully make data retention overall a lot easier.

New features aside, the Sage team helped me understand a bit more of the marketing and sales picture that I had been missing. I love building. I love making. It’s been the animating force for my career and hobbies. Whether it’s been large scale installation art like Stoke or hobby-reinforcing technology explorations like Stupid Fits, I completely lose myself in the exploration, planning, testing, and iteration of a creative design process.

Where I hadn’t connected the dots (even though I, similar to the reverse Rumsfeld idea before, knew it in theory), was that the sales process was part of that creative cycle…. and I had to learn it in order for Knowsi to succeed. So over the past few months, instead of trying to sell Knowsi to customers with the intention of selling subscriptions, I’ve been working on selling Knowsi to customers with the goal of iterating on its business model and value proposition. Basically stumbling my way down someone else’s decision tree.

For all the business model canvases that I’ve both done and taught to others, nothing has been as visceral and immediate, as working with my customers directly. It’s been deeply humbling, as someone who has taught this stuff, and frankly scary.

Also, I did a lot of sewing. Last year, I started a distance master’s degree in the UK. I had worked at the Pentagon for a while as part of the US Digital Service, and that brief glimpse into the defence (though I suppose that should be defense with an S there) establishment left me fascinated and humbled. So… I decided to learn more and pursued a master’s in Security Studies and International Relations. However, learning how to study again in a way that facilitates creating a good academic product, has been a real challenge, especially with so many other anxieties flitting around. I’m just starting my thesis now — exploring innovation processes in terror groups — and I’ll admit that after 18 months of study, it feels both accessible and terrifying.

For one thing, I had set myself a goal of submitting an article to a publication before graduating, like War on the Rocks or Divergent Options. I haven’t done that yet and in fact, keep wondering what it is that I want to submit on. What I did do, however, is to start writing a weekly newsletter called Diverge Weekly, which was my attempt to fuse what I was learning from an international relations perspective, with my background in design and foresight. I don’t know that it worked, but it took me down a pretty interesting path and has had a direct impact on my thesis direction. It also made me realize how much I enjoyed writing a weekly newsletter, so that’s restarting this year. You should subscribe.

Last year, a big thing for me was recognizing unfairness in what I thought was some happy equilibrium, and the steps to resolve it. My wife and I have been using an (at this point, heavily modified) toolkit called Fair Play to work through a lot of this thinking, and it has proven a good weekly cadence for us to come together to deal with constant change and the often shrouded quotidian.

But there were also bigger cycles to consider, and so we came up with a foresight game at the beginning of the pandemic that really impacted our decision making. In some ways, it’s why we’re still in Denmark instead of in Canada.

The game helped us map out some of the potential scenarios that we might face — either directly resulting from the coronavirus or exacerbated by it. We gamed out each of these scenarios and what might compound from them, and then made decisions. Counterfactuals are difficult, but approaching our plan-of-attack for weathering the first year of the pandemic, saved us tens of thousands of dollars, likely reduced our chance of exposure to the virus by quite a bit, and facilitated some pretty significant opportunities.

It’s also not over yet. My wife and I have been fortunate, in that both of our families have not suffered a loss from Covid. Nor have we had to wrestle with the isolation that the dying and their families have felt during the global lockdown. I can’t imagine it. I hope never to imagine it. But I’ve seen colleagues and friends experience it, and I know that the world on the other side of this will be very different. So ultimately, the goal of this is to reflect a bit on what worked and what didn’t this year. There are a few significant things that stand out: 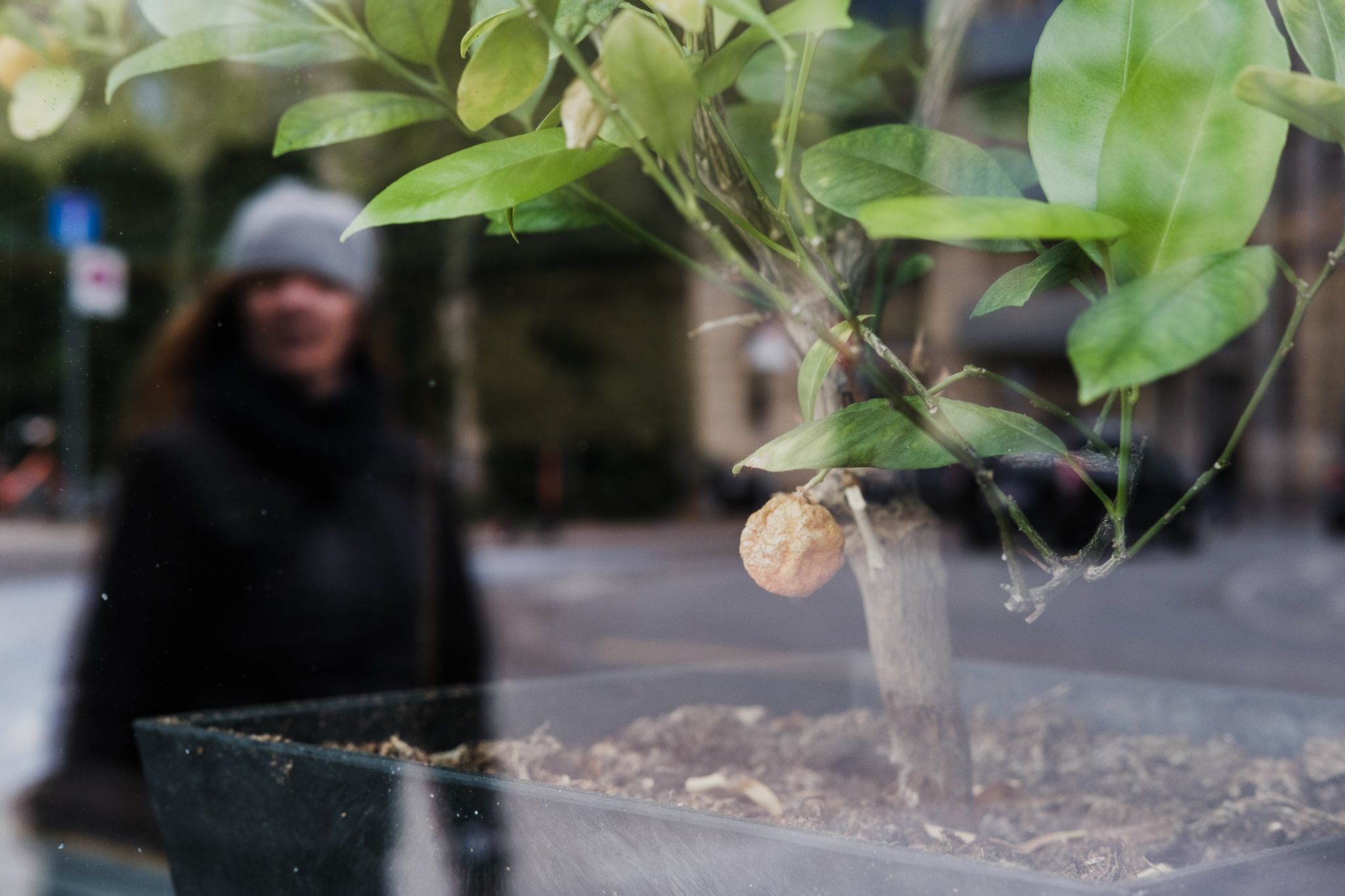 For me, I’ll continue to work on Knowsi. I’m practicing the requests for help. I’m planning on experimenting with my consulting practice more this year, and have been working through December to restart Diverge Weekly and my mailing list. You can subscribe here. I have someone helping me with that as well, to keep it consistent over the year. And most importantly, I’m going to continue to learn with my son. Confidence without understanding isn’t always the best trait (speaking as someone who left Washington DC in 2018), but confidence in exploring understanding is.

In The Ministry for the Future, there’s a line about one of the protagonists — a survivor of a heatwave in India: “He was having panic attacks whenever he got hot, and then the panic attacks made him hotter still. Feedback loop for sure.” I fear that the often low, sometimes high-grade trauma of the past year is going to eat away at us. It might be subtle sometimes — a friendship no longer what it was when you need it most; an anxiety around socializing or speaking where there wasn’t one before; a cushion of wealth absorbed by the economic chaos of 2020. I fear that taking risks and exploring the unknown is going to become a lot harder for a lot of people.

On Remote Work and the Coronavirus
With the coronavirus probably hitching a ride in one of your co-workers, it’s possible that your…
Andrew Lovett-Barron
March 06, 2020
6 min
Reflecting on 2019
2019 has been a weird combination of my most exhausting, fulfilling, chaotic, and structured year to…
Andrew Lovett-Barron
December 30, 2019
11 min
Benadryl and Parachord
With some luck and a generous vacation policy at my work, I was finally able to do a Wilderness…
Andrew Lovett-Barron
February 03, 2018
3 min
© 2021, All Rights Reserved.