By Andrew Lovett-Barron
Published in Essays
May 24, 2021
5 min read

It’s really hard to understand the value of expertise in a discipline from the outside. Or put another way, the language of disciplines can make identifying expertise difficult.

First, we don’t always get strong external signals about the complexity of a discipline (like a designer, a software engineer, a pattern maker, a plumber — basically a named set of skills/actions with some kind of self-organizing characteristic between practitioners). Second, the discipline’s skillset (welding, planning, troubleshooting, triaging — i.e. the base capabilities required to participate in that discipline) itself might obfuscate the relative complexity (or lack thereof) of the discipline. Finally, the complexity might not lie in the skillset being marketed (I can make you a logo), but rather some catalyst to that skill (I can learn enough about your business, your market, your product, to create a visual identity that ‘just works somehow’). Ultimately, it’s those two in conjunction that creates value. 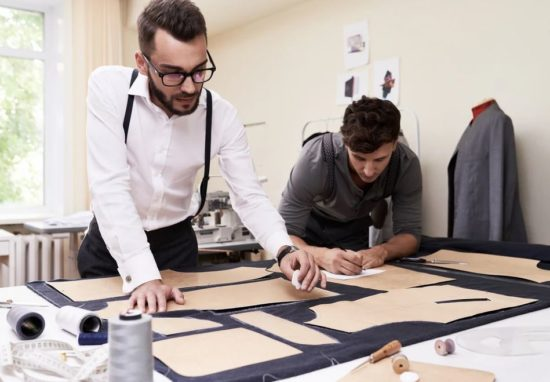 But, speaking of value, markets rarely reflect the value of a discipline and its skillsets accurately, yet we rely on the market as a proxy for value in discipline selection. Graphic design is still a woefully underpaid discipline even for extremely talented designers, for example. Pattern makers in the fashion industry make on average $20 an hour, despite it requiring years of training and nuanced technical expertise to get right. Librarians and archivists wrangle incredible informational complexity into legible systems for consumers, while being barely awarded a subsistence living for this skill. Yet user experience design — an admittedly ill-defined discipline that you can take a short evening class to gain entry to — can get you a six-figure job quite quickly (if you’re in the right city). Some of those salaries are definitely warranted. Others less so. We can’t trust markets as a barometer for expertise and complexity here.

And yet we also can’t trust internal signals within a discipline as a good barometer of this either. Not to harp on user experience design (a domain I work within), but a good starting point for the dictionary definition of “Vacuous” is the user experience tag on Medium. While engineering disciplines can go quite deep into technique and mechanisms for problem-solving — so much of the professional writing in the UX space (apart from some notable exceptions, like A List Apart, O’Reilly, and a few of the Rosenfeld Media books) amounts to a weird merger of lifehacks-for-wireframers and listicles. This, unfortunately, leads to homogeneity in the way that many UX designers approach craft — without criticality to the discipline, but rather frantically trying to keep pace within the self-organizing hype machine that is UX design. A person could get a job as a UX designer by just deep diving into these posts and their language, but would they be a designer? Or, by the same token, is a designer who fails to maintain their skillset relative to the discipline’s trends (in the case of a decentralized discipline like UX design) still a member of that discipline? Part of the problem is that the true complexity of a discipline is not the skillset per se — but rather what that skillset can unlock. I’ve met a ton of folk who entered into user experience design as their early field — only to have a deep curiosity in security, accessibility, privacy, and social justice EMERGE from their immersion in that craft. In these cases, their core skills within that discipline may vary, but the expertise that discipline served to unlock is unique and potentially highly valued. This gets to the question of who determines what expertise means relative to a given discipline — and who gets to determine when someone gets access?

The domain of Intelligence is an interesting example of accessible skills made inaccessible through obfuscation. Intelligence work — the stuff of spies and surveillance — is treated as rarified and often inaccessible. Yet the reality is, that any state or non-state entity that’s survived past a few years, has evolved at least a marginally sophisticated intelligence apparatus. The skillset of the spy is something many are taught and many simply learn through experience — the skillset is actually incredibly common. One can pick up a textbook on open-source intelligence (OSINT) and learn a vital set of skills good analysts need, for example. But the complexity lies in how that ladders up to awareness, foresight, and decision making (either in how foresight is communicated or in actual policy/business decisions). And that escalation of complexity emerges from collaboration within and across expertise within a discipline.

Design requires a similar co-creative approach to really ladder up its value. Many access design through a craft-based domain: a passion for building things, the creation and cultivation of a craft, and the situating of that craft in the market. But the competitive value of design doesn’t really get unlocked until that craft-based skill helps unlock a deeper kind of systems awareness — and capacity to navigate ambiguity and complexity through the cycles of that craft AND the crafts of others. That usually involves collaboration across skills within one’s own discipline, and with other disciplines with their own legibility.

The problem lies in how that is accessed. Designers interpret designers through the portfolio review — observing the outcome of a design process, while interrogating the process itself, and exploring the non-determinative, yet strangely repeatable path that leads a designer through complex terrain to meaningful outcomes. But it’s a lot harder for one discipline to interrogate another discipline for that collaborative opportunity. As I was told by a user recently — it’s a hell of a lot easier to solve a problem across disciplines if there’s a common language. 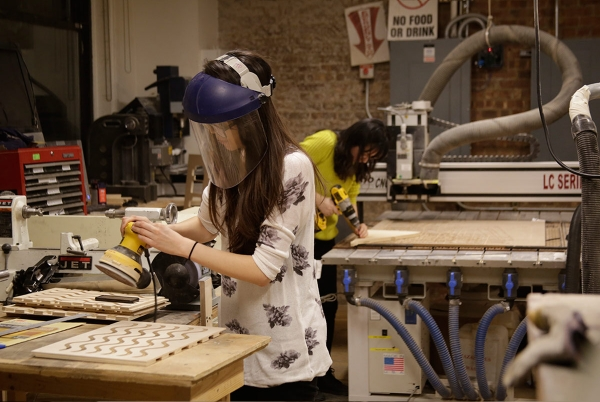 For my part, I’d rather see more skills in design than less, because there is a natural limiting mechanism. After all, the “gate” to being a designer is being able to make a thing — the craft component to it. The systems orientation is something that is either emergent from that craft, or dispositional to the practitioner. As for accessing other disciplines — ultimately this comes in a co-creative way too. The trust you build with colleagues in other disciplines becomes the groundwork for interpreting the skills of others down the road. Good experience with one type of person in another discipline leads to an affinity for that same type of person for future collaboration. This can lead to homogeneity in hiring (the classic “cultural fit” problem), and ultimately work that lacks relevance or does harm. But engaging with your own discipline critically — and applying that same critical lens to the skills of others — can maybe mitigate the worst of that.

Either way, next time someone is touted as an expert in their field (or claims it), don’t just look at the skills on parade. Rather, look at the negative space, the people behind them, the language around the craft, and the moments where craft meets their catalyst.

designcocreationUX designdesign thinking
Previous Article
Covid Anxiety: A Foresight Game
Next Article
Breathing In and Out, or Two Approaches to Design Research
Subscribe to my weekly newsletter (along with hundreds of others). I keep it short and useful.